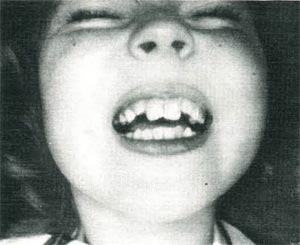 BEFORE — Shirley Temple, age 8, went before the cameras — no veneers. She lost her baby teeth, just like any child, but was never photographed with any teeth missing. 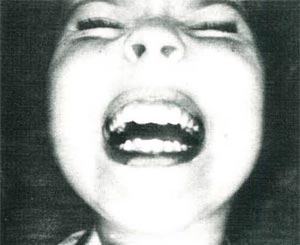 AFTER — Dr. Pincus placed "Hollywood Veneers" on Shirley's front teeth. They were only temporary, and had to be removed daily when eating, chewing or sleeping.

As the year ends, I want to acknowledge my mentor, Dr. Charles Pincus, who passed away in September. He was a graduate of the University of Southern California Dental School, 1926. He was a true pioneer. 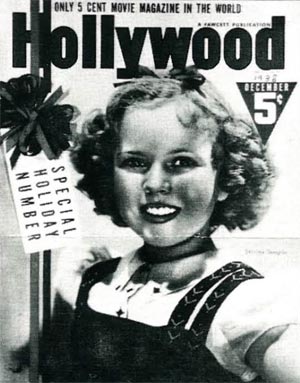 Much has been written about bonding and porcelain veneers, which are relatively new. Bonding is 14 years old (as of time of this article); porcelain veneers have been in use only two years. We tend to take the new techniques for granted and forget what has gone before. Prior to the 1970s, the only quick way to improve the smile (without orthodontics or porcelain caps) was the use or "Hollywood Veneers". Dr. Charles Pincus was the individual responsible for inventing the "Hollywood Veneer", a removable snap-on cap that covered just the front of unsightly teeth or spaces.

With the advent of talking pictures in 1928, there was a need for actors who not only looked well, but spoke well. Hollywood began to import many stage actors from New York, but unfortunately many of them had decayed, missing or crooked teeth.

Dr. Pincus was called in as a special consultant by the Factor brothers (of Max Factor fame) and the Westmore brothers (movie makeup artists) to develop a means of correcting faulty smiles overnight, so the speaking actor would photograph well.

Not only was Charlie an excellent dentist, but he was also an excellent professor and a very enthusiastic alumni supporter of the USC Dental School ... talented, personable, humorous — a true gentleman. Dr. Charles Pincus will be missed.