Joan Crawford and Her Luscious Lips

Figure 1: Flapper Joan (1926-1928), before her "new look", had decay between her teeth and around the gumline. Also, both her lips and her eyebrows were very thin. 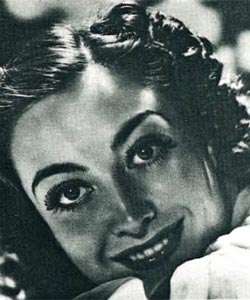 Figure 2: Joan (1930-1934) changed her mouth by over-painting her lips and capping her teeth. Her lips looked fuller, and she didn't raise her top lip as high when she smiled.

Figure 3: Joan Crawford in the 1960s always maintained the smile of a movie star. Note on the left side how much longer her front teeth are as compared to the left back teeth.

Yes! Teeth! One of the reasons Joan Crawford looked so different in the 1930s from the 1920s was that she had her front teeth capped, which made her lips look fuller, her teeth longer and whiter, and helped give her a "femme fatale" smile.

Born Lucille Lesueur (1906), she signed her first five-year Metro Goldwyn Mayer contract in 1925. On the road to becoming a movie star, Lucille Lesueur changed her name, her makeup, her clothing style, and her smile.

M.G.M. changed her name to Joan Crawford in 1925. She lost 20 pounds in 1927 to accentuate her beautiful cheekbones and she made the transition from silent to sound pictures in 1929. Her throaty voice really did fit her popular screen persona.

Joan changed the look of her face by accentuating her beautiful eyes with false eyelashes, heavy mascara and heavy eyebrows, and by changing the shape of her mouth.

In early publicity photos, Joan had a thin upper lip and her smile showed a lot of gum tissue (Figure 1). She suffered from decay between her front teeth and around the root areas.

In the 1980s, teeth no longer need to be capped in order to remove decay, or to be made longer. Teeth can be filled and lengthened with bonding. Another solution can be porcelain veneers. These are the front halves of porcelain crowns, which can be applied to the front of natural teeth in order to make them appear fuller.